A collection of supernatural songs and heart felt flowers.

This is our 3rd studio album together and this record is much more of a ‘bare emotions’ kind of record. GRAVITY is more about ‘feelings’ than ‘ghosts’ (although there are a few ghost stories in the mix of course) with more of a soundtrack and film score bent. We would really love to write for the visual media of tv or film.

When the songs come to me, they come often in ghost like form. A character along with their very detailed story or as a feeling. If only I could take footage of what was going on inside my head. They come and tell their stories, visually I see them in human form and feel their characters and they tell me the story of their lives (and deaths). Sometimes they come for only a moment, sometimes they stay and haunt me for a long time till we are both entirely exhausted.

The melodies and vibes come from that full immersion so the genre is whatever it’s going to be. So then it becomes difficult to find a ‘genre’ that covers all the songs and what we do as a band – it’s kind of annoying to feel so bound. When songs come as a feeling, they come along with a melody and I’ll just sit with it and write them out. I keep writing while the feeling is there and it just flows out. Mostly quickly but sometimes they are a bit shy. I get it, coz I’m shy.

I’ll spend quite a bit of time crafting them into their song form. I once heard a writer talk about catching stories and it’s a bit like that for me. It almost seems like they float in through the window and if I’m paying attention they will stop for a while and tell themselves to me. I do not like when they come in the middle of the night, I have let many slip by but I have also gotten out of bed to write many times. Luckily we are both cool with us both doing this sporadically.

The fruit of Ghost Stories

All of the ghost stories appear in full form and very descriptive in their character, the full story, melody, rhythm and genre. The feeling songs which are more on this record kind of grow from a thought or a feeling like a plant would. You don’t get to see the fruit of the song until the end and then I might see something in there that’s just appeared like a flower springing out of it. Songs are a strange thing for sure, more supernatural to me than anything. I often hear about songwriters or writers with writer’s block – I’ve never had it, I don’t really sit down and try to write, when they come they come and I write them. Like unexpected house guests.

Meanwhile I live my life, try to experience things, open my self up to learning and that kind of creates the spaces for them to appear in.  I really don’t know how touring bands write while on the road if all you do is play at night, travel during the day and live in a hotel room or tour bus. We are definitely not interested in that kind of lifestyle.

In the studio recording

It was fun working in the studio on the songs for this record because we just did whatever we wanted. We added and created sounds and textures and developed the songs without boundaries. I told Kenny he could do whatever he wanted and we worked on them until we thought they were done. Each song got treated uniquely, and Kenny is so good at what he does. There was nothing we thought of that he wasn’t able to achieve. It was challenging but we always try to push the boundaries a little bit one can never really be too experimental or progressive as an artist. As long as the end result has achieved its purpose and is beautiful to listen to.

We spent a long time working on this album of songs because we run a business together as well. Kenny produces other people’s music and I do graphic design. It takes up a lot of our time, like everyday and we rarely take time ‘off’.  We love what we do and love helping people achieve their dreams as well. We are very supportive of our clients and what they are creating and bringing into the world. So when we ‘feel it’ we would work on our music – so that was really our ‘time off’ from ‘work’. I think making our own music is beneficial to Kenny’s production.  It allows him to experiment and he brings what he’s discovered to his clients music. He treats their songs with the same love and dedication. Each song is treated uniquely.

We are proud of this project and hope it brings good things to the ears of all who hear it.

Now… onto the next! 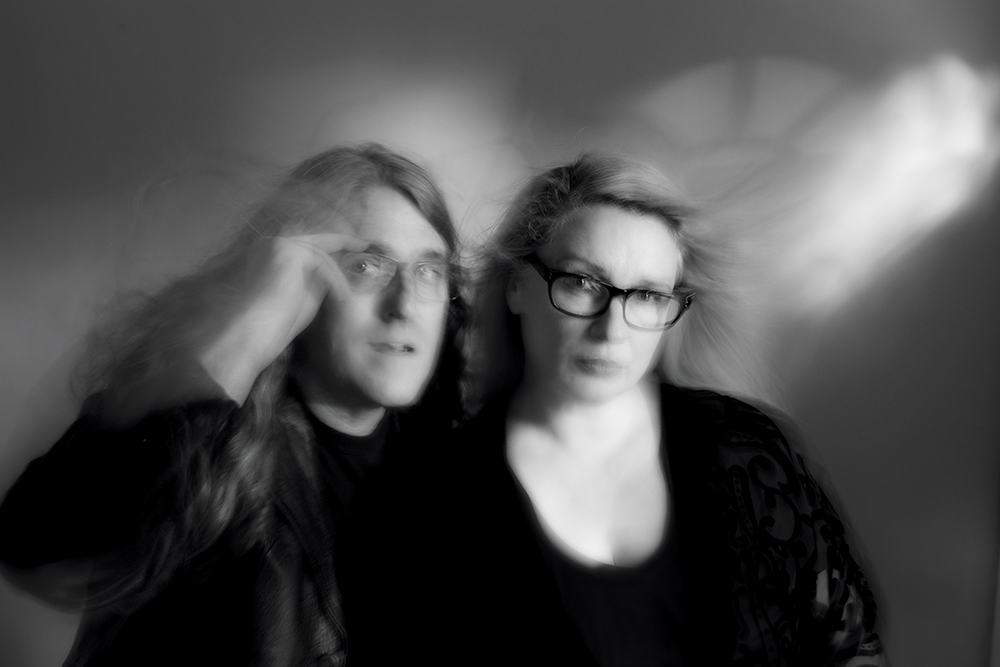