“As ethereal as Sarah McLachlan Surfacing. Pristine harmonies and exquisite instrumentation”
I purchased this album on iTunes when it was first released. I listened to it continually for a good two weeks or more as I was driving ride share. Recently, I just brought it back up to give it another listen and see how I felt about these songs several months later. I truly haven’t felt this way about an album since Sarah McLachlan’s Surfacing. Each song emotes so perfectly with it’s pristine harmonies and exquisite instrumentation. Ethereal, deep and lyrically wise without an ounce of triteness. I truly love each track as it’s own journey. More so, each song threads together a beautiful collage of songs as real and present as gravity itself. This album is a true masterpiece! Richard Adoradio

“10/10 Their self titled new CD has taken me by surprise and stolen my heart”
There is not a bad song on ArtemesiaBlack. This is easily one of the best albums I’ve heard this year. Everything about it is perfect from the beautifully crafted songs to the haunting performances. The arrangements are spellbinding, fresh and interesting and the production is flawless. I will be listening to ArtemesiaBlack over and over again as well as introducing it to my friends. This is a great album.
Don Sechelski – Muses Muse – Read the full Review Here 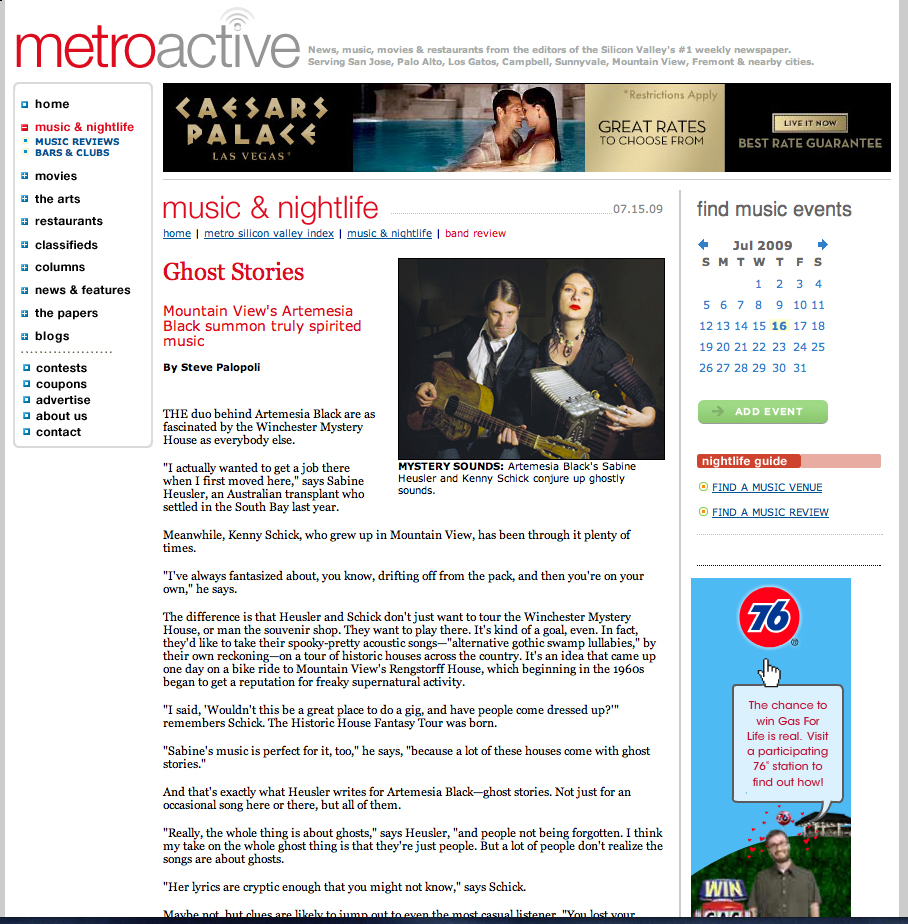 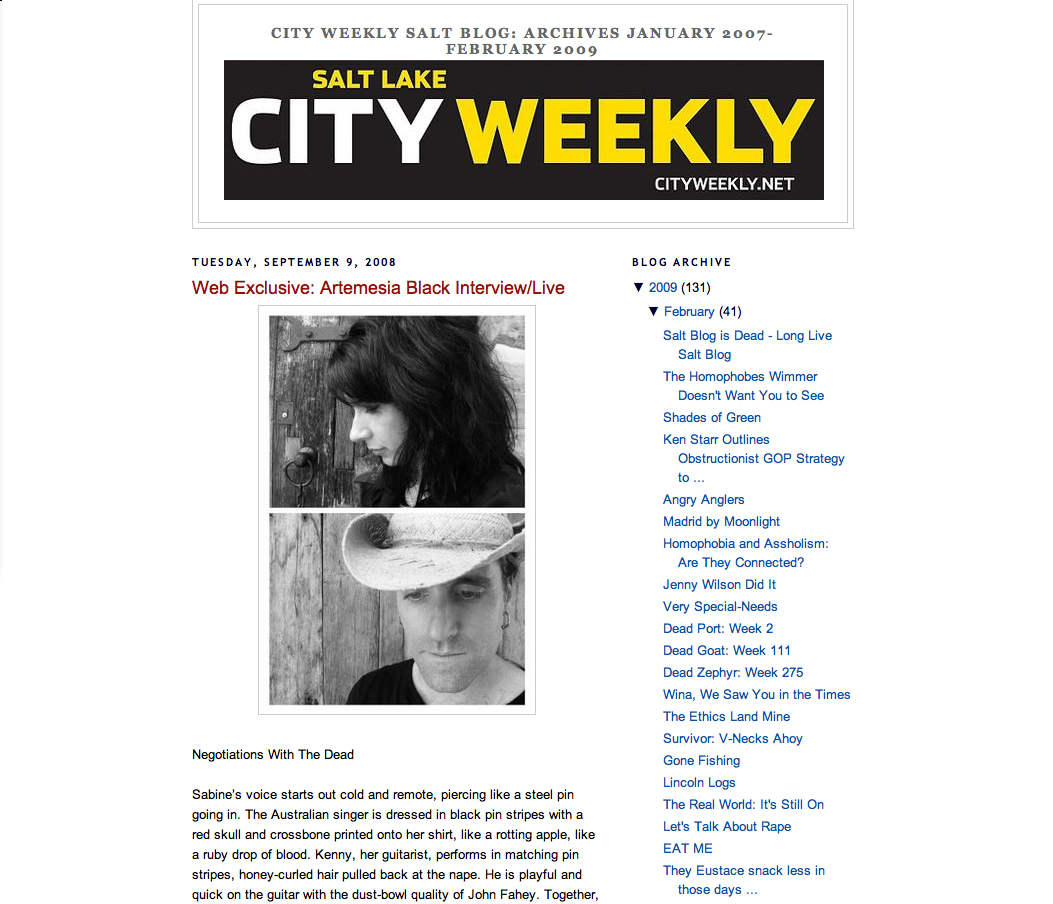 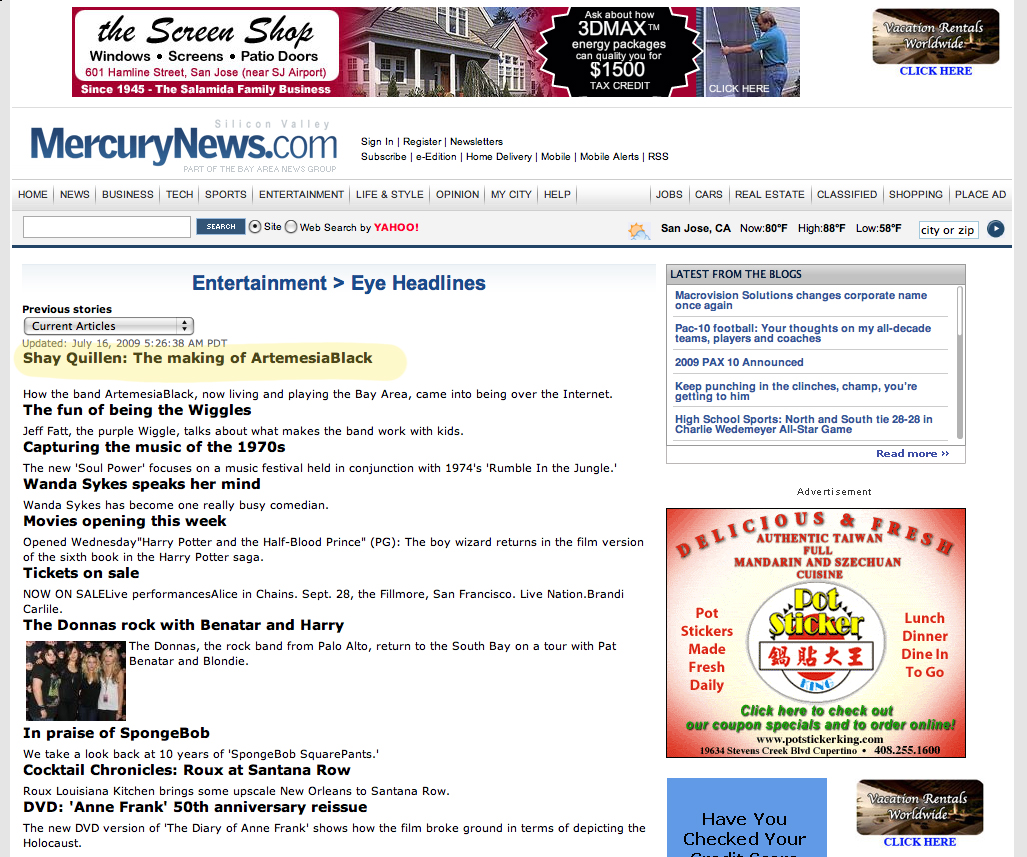 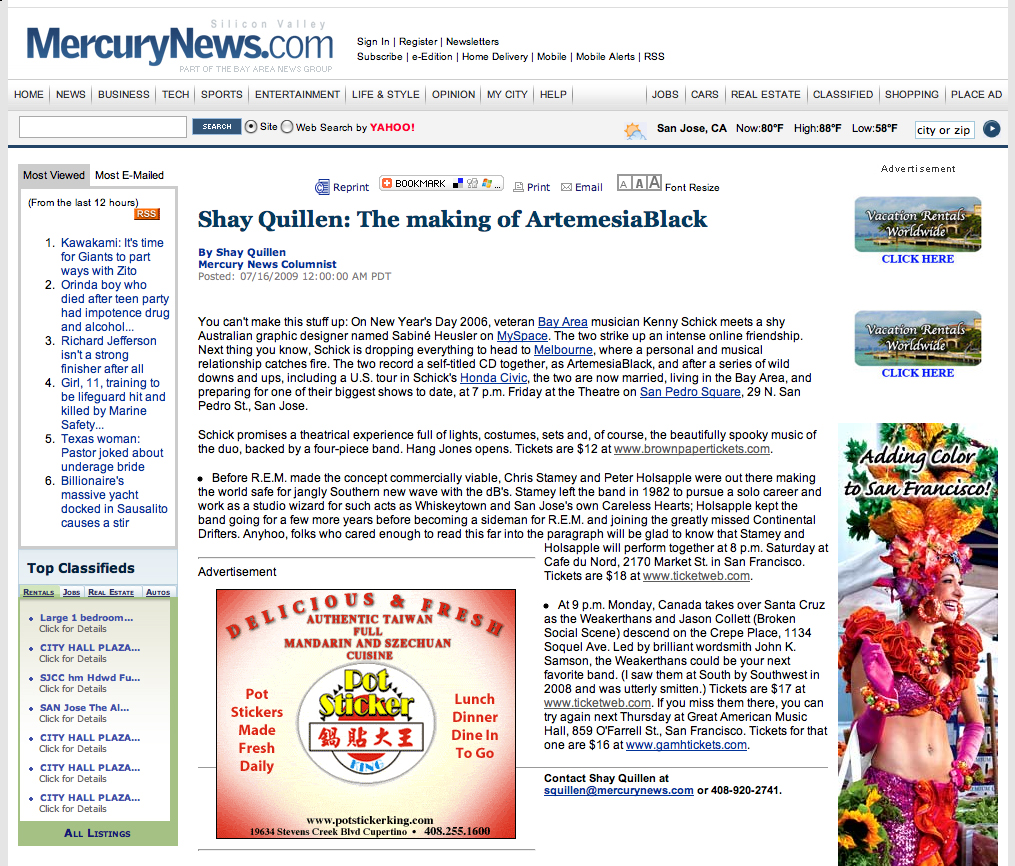 We had our song ‘Oysters’ in the movie Flamingoes by Antero Ali. Oysters is the Ghost Story about Irma Fox an actress and performer from the 1920s. She tragically was murdered by her lovers wife, on stage, directly in front of poor Mr Grey. 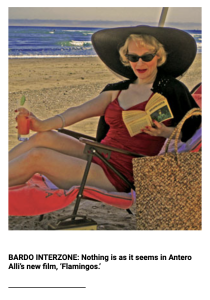 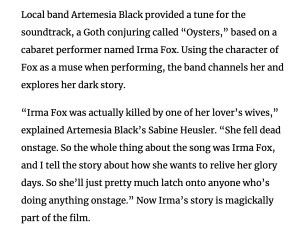